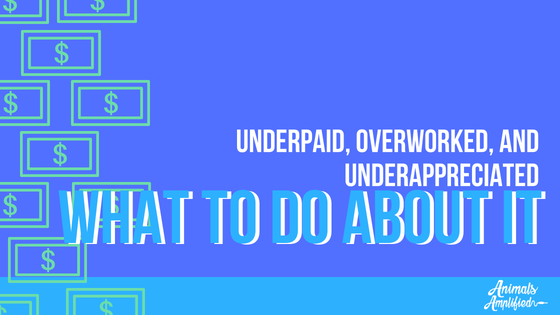 If you read our blog series last year on zookeeper wages, then we’ve got an update for you! If you haven’t read it yet, I recommend you go back and check it out before diving into this data. In summary, our industry is not the only industry who is underpaid, secondly, most people don’t manage their money well, and third, the information presented on pay is not a good enough reason alone to ask for a raise. Check it out here:

In that series I gave you tips for how to approach management about an increase and hopefully some perspective about finances that might help you make decisions about your financial situation. In this blog, I wanted to see what factors affect zookeeper wages. I also hope to provide you with information that might help you make employment decisions and also help your managers make wage decisions. I’d love to see all zookeepers make more money, but in order to do that we’ve really got to understand what affects wage and work to increase overall revenue so there’s room in the budget to increase pay.

In it for the money

With all that being said, there is no argument that zookeepers don’t get into this field for the money. We do have life changing experiences that are the envy of many, we have the opportunity to inspire people to change their behavior to help save the animals we care for, and we pick up a lot of poop. Human nature however, often has us focus on the negative, the negative of the field is that we scoop a lot of poop and don’t get paid much for it.

I wanted to dig a little deeper on this topic so you may have seen a survey on zookeepers recently about zookeeper wages and benefits. This will be the first blog about the information collected in that survey. It was a lot of information, and I’m not a statistician (I’m a zookeeper) so I get by with a lot of help from my excel savvy friends and patience.

Based on the survey of over 400 responses the average U.S. (sorry international friends I’m working on yours) zookeeper hourly wage is: $15.79 USD/hr or $32,843/year. which is a bit of a boost since our last bout of research when I wrote the article “Underpaid, overworked, and underappreciated.”  Now, whether this is just more accurate data or whether keepers have made some improvements in wages since then we can’t be sure, but we’ve got a great jumping off point for comparing that from here on out.

Adjusting for cost of living

So what does that mean exactly? Well honestly, not a whole lot. That’s averaging all the experience levels, job titles, locations, education levels, types of organizations, etc. together. If you’re a first year keeper thinking, “HEY! I make below that average, I need a raise!” or if you’re a keeper in Oregon thinking, “I make quite a bit more than that, I’m feeling pretty good!”, don’t jump to conclusions yet, this is where my excel savvy friend comes in very handy.

Since $15.79 in California is a lot different than $15.79 in Kansas, we’ve used a cost of living index (see appendix at bottom of blog article) to normalize wages based on economic region. Since it costs quite a bit more to live in some places and quite a bit less to live in others, the normalized average keeper wage (based on the responses to this survey) is $16.02/hour and $33,321.60/year. Throughout the blog, you’ll see both the average wage and the adjusted wage so you can have a reference of both. Overall, I’m asking you to remember that your money is relative to the expenses that you incur based on your place of residence.

Pay based on experience

We’ll first look at pay based on experience. In Table 1 you’ll find the average zookeeper wages and the adjusted wage for each level of experience. If you’re a better statistician than I am, you’ll notice my first error here which is the overlap in years of experience between levels (sorry folks!).

Overall, it appears there’s a pretty steady incline as your experience increases and a pretty big jump when you hit that 5-7 year mark. Likely this is when most keepers start taking on some level of supervisory duties, but as a hiring manager I believe that’s the sweet spot for employment. That’s when you are really good at the operational aspects of your position and starting to rock the soft skills side of your job and grow as a person. It’s also interesting to note that most people (of all industries) change jobs every 2-3 years in the United States and that’s the most stagnant part of our graph.

Pay based on region

We also looked at zookeeper wages by region (Table 2). If you want to get the most for your money heading to the great lakes region or the plains will result in the highest pay and lowest cost of living. In other words, sorry Far West, New England, and Mid East keepers, your facilities aren’t paying enough to compensate for the cost of living index out there to keep you above the average, but at least you get the beaches! If you’re looking at changing job locations this is an important chart to go by.

It might seem like the new job is offering more money, but most importantly based on the cost of living you likely won’t feel like it after all your bills are paid. Now, I understand there’s lots of reasons to move, family, dream location, the beach, weather, animal species you get to work with, the beach, and also the beach, but make sure you’re really doing your homework before making these transitions. You might decide ice fishing is pretty good and the land of 1000 lakes is worth the extra change in your pocket.

Pay based on facility type

I had some personal predictions that certain types of facilities would pay better or worse based on what type of facility they were. So we looked at wages based on business model, accreditation, and ownership type. If you’re in the job market and money is the most important factor in your decision making, you’ll be wanting to look for a Government ran, AHA accredited facility to get the most bang for your buck.

Pay based on ownership

The important thing to remember here is that government run organizations usually receive funding assistance from tax dollars in order to operate. Depending on where you live this means you may help pay your salary when you make purchases in your city or pay your local income taxes. It can be a nice safety net that sometimes allows these facilities to pay beyond their means, though in uncertain economic times they can also be heavily affected.

Non-profits tend to receive assistance in the form of donations, grants, and other contributions. This too can cause them to spend beyond their means and to be heavily affected in unstable economic times. I personally expected for profit numbers to be the lowest, because they don’t receive any government assistance or charitable contributions which means they are required to not spend more than the revenue they generate. In general this means they have to be more frugal than other business models.

Payroll for companies can range anywhere from 15%-70% of overall budget and labor cost is typically about 30% higher than what the hourly wage is (benefits and taxes make up most of this). Imagine in an industry where animals exist (because I’m sure most of you know animals are expensive to take care of), it’s important to keep that percentage on the lower side of that number so you can stay in business.

Pay based on accreditation

This chart shouldn’t be too surprising given the data above. When we know that government organizations pay more and can’t also be privately owned that is reflected in the numbers above as well. There is a common misconception however that privately owned and for profit facilities are “in it for the money”, just padding some rich white guys pocket, right? In my personal experience that hasn’t been true. Mostly they are animal lovers who have ended up running a zoo, or large corporations in the hospitality industry who are well intentioned. Regardless, they still have a budget they have to stick to to keep you all employed. That budget can restrict zookeeper wages.

The other trigger word here is “private ownership”, now this opens up an entirely new can of worms, because animal rights activists attempt to use this language to differentiate between good and bad facilities. Many accredited facilities are still privately owned.

This was also a surprise to me, I didn’t expect to see the large increase at AHA (American Humane Association) facilities, but I’m excited to see it since AHA is relatively new in the certification world and growing quickly! If you haven’t watched Escape from Extinction, you need to, it’ll remind you why what you’re doing is about far more than money! Thanks AHA for putting that one together!

Overall, zookeeping is still a low paying industry, but that doesn’t mean that we all can’t work to change it. In future blog articles we’ll look at some of the other factors that we analyzed: benefits and keeper to animal ratio. I’ll also give you an example of how you can use this data as an employer to evaluate your pay schedule.

P.S. Sorry International keepers, still working on taking a look at your data, so stand by! 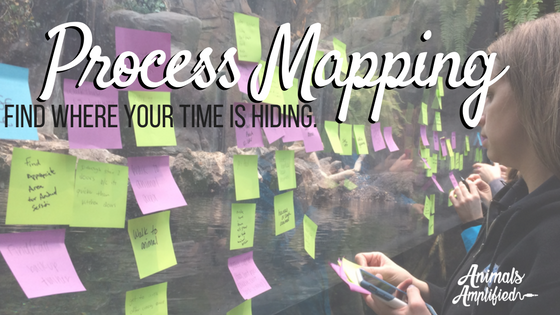 Process Mapping: Find where your time is hiding 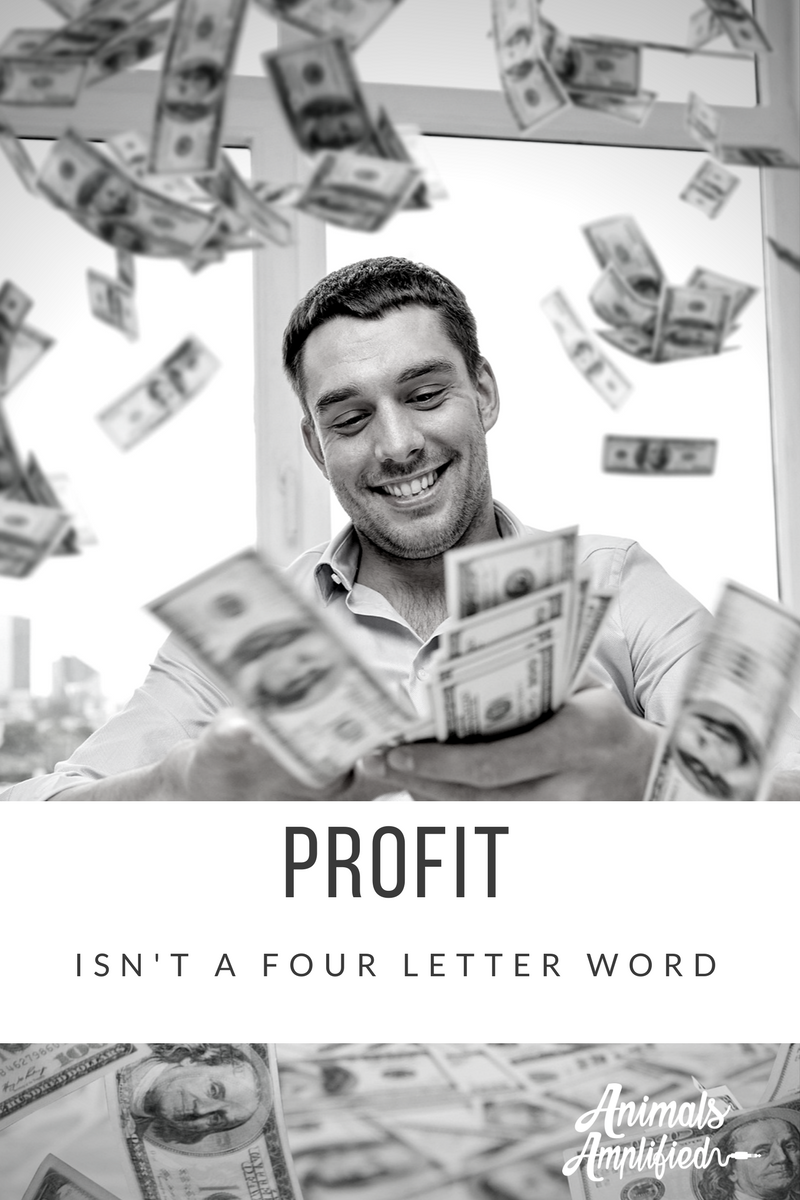