My marriage mentor writes about four alter egos that tend to take over women when our fears are triggered. To keep a serious topic light and fun, she calls them “The Crazy Ladies.” (Don’t worry ladies, men have “The Crazy Dudes” too, but her book is for us, not them.) The stupid thing about the crazy ladies is that they tend to get exactly the opposite of what they need when they show up.

For example, Depressa shows up because of a fear of abandonment. She acts clingy and needy, she’s the queen of guilt trips, and she causes the people around her to want to run for the hills for fear of suffocation. She needs to make the crazy go away with some focused time and attention and reassurance that she matters. Stupidia comes around anytime a fear of disappointment is triggered. She’s my go-to, and when she shows up, I act superior, make hurtful jokes, and push people away. I need to know that I can rely on you and that you’re here to help.

The crazy lady concept came up in a recent conversation when a friend of mine asked for advice regarding a crucial conversation she was going to have with an employee, “Sally.” Sally recently claimed that a coworker, “Brenda,” didn’t deliver on a deadline. When my friend confronted Brenda, she found text message evidence that Sally lied and completed the task herself before Brenda could do it. My friend wanted Sally to apologize for sabotaging her coworker.

“Sally doesn’t think she lied. She said she needed the task completed by 5:00 pm. Brenda said she would do it by 4:30 pm. Sally felt like she was cutting it way too close, but instead of telling Brenda, she did it herself. Sally had a deadline time in mind, and while none of us knew what it was, Brenda didn’t meet that deadline. So she isn’t lying, she’s just being Stupidia, and she’s scared her coworkers will disappoint her.”

“Wow.” my friend said, “I based my approach on the fact that she intentionally lied.”

“No one does that intentionally. People do it because they’re on the defensive, scared, backed into a corner, or broken.”

“Well, I need to rethink my approach.”

As we talked, we rehashed something we already know about “Sally” she’s competitive and regularly points out other coworkers’ flaws. She warms up to and even mentors entry-level employees, almost mothering them. Why the stark contrast? What’s behind her behavior? After working with Sally for over five years, my friend’s theory is that anyone she perceives as her equal or who could become her equal is a threat. She’s scared of losing her source of confidence, which is being the go-to person. I agree. The behavior above comes from a lack of self-confidence. If you asked Brenda to see Sally as a person who lacked confidence, it would be so hard for her to believe. This person is an arrogant asshole in her opinion and probably subscribes to every one of Robert Sutton’s “Dirty Dozen.”   He has a list of actions that every “Asshole” uses.

Now I should note that Mr. Sutton and I differ significantly. I didn’t find much helpful information in either of his books other than feeling like someone understood the pain I was going through living with an asshole at work (misery loves company, right). The most significant difference is that I have a lot of sympathy for “Assholes” because I don’t believe anyone chooses to behave that way to hurt other people intentionally. If you ever build a strong enough relationship and point it out to them in a constructive, non-threatening way, you get a severe defensive reaction or deep shame and sadness. Neither of which come from someone who is happily walking around smashing people’s lives. That person doesn’t exist.

If you read the comments on my YouTube series “How to deal with Those people,” you’ll find that most people don’t want to take my advice. That’s because it’s more complicated. It focuses on what’s within your circle of influence and on personal accountability. They would encourage you to stand up, fight the bully, shut down the micromanager, or quit because you don’t deserve that behavior!

You don’t deserve that behavior, but we’re humans, and you will be. There is hurt, fear, and stress everywhere, which results in this type of behavior. If you can learn how to protect yourself, have empathy, and try to treat the hurt, fear, and stress, you’ll be able to achieve the workplace of your dreams or adjust your dreams to fit reality. Some people get confused and assume I’m telling you to tolerate harassment or abuse. That’s not what I’m saying. However, I don’t think our current methods of addressing actual harassment and abuse are effective. You likely know what I mean if you’ve ever reported a manager, tried to go to HR to resolve a problem, or even worked with an employment lawyer.

What makes them crazy

So let’s talk about “those people”, what they do, what drives them, what makes you want to do, and what you need to do instead. Disclaimer: these are my opinions and a result of personal experience because I have had moments where I have been one or all of these types of people. By no means is this comprehensive or extensive. My youtube series gets into the top six a little deeper if you’d like a deeper dive.

To be strong in the face of these coworkers, you will need to take care of yourself. Self-care means practicing gratitude, surrounding yourself with people who push you to be better, support you, and focus on the good. Head over to animalsamplified.com and search “positivity” for some of those resources.

You’ll need patience. You’ll need to treat it like animal training, where your expectations for behavior change are slow, steady, and gradual. Not overnight breakthroughs.

You will also need to have a crucial conversation, but you can’t do that unless you’ve put some positive deposits into the trust account. So be kind, and notice the good. 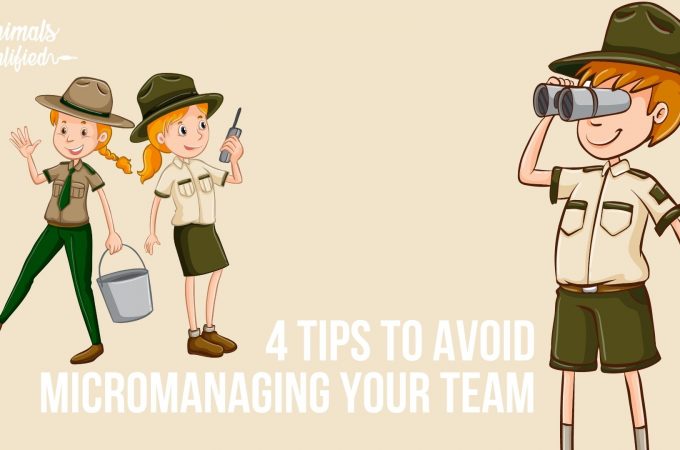