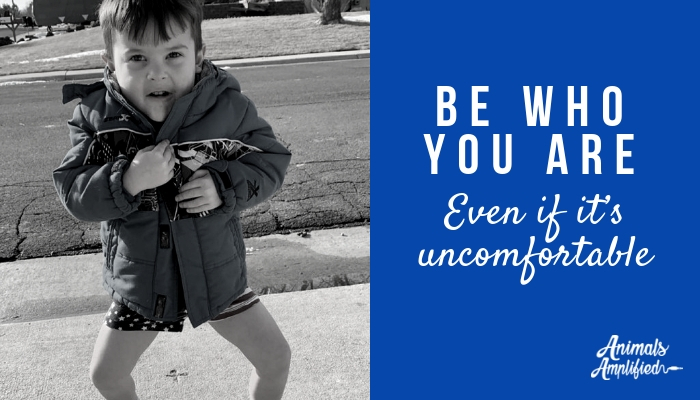 Be Who You Are, Even If It’s Uncomfortable

Most of us are so concerned with blending in that we often lose sight of ourselves. There’s science behind why this happens. It’s the science of belonging to a tribe. Think back to our days of living in caves, there was safety in numbers. You didn’t want to do anything that would cause the tribe to turn their back on you.

Unfortunately, our world evolved faster than we did, and now that same survival instinct kicks in when we’re buying our clothes, deciding what music to listen to, and even determining what color we paint our house. Painting your house purple however, won’t cause you to be eaten by a sabertooth tiger these days.

Lately my 4 year old has been reminding me about the beauty of being yourself. He has a pair of American flag booty shorts (thanks Gram Cracker for the gift) and an “All American Dude” cut off shirt that I have to wrestle off him to get in to the washing machine. He wants to wear it every day. Rain or shine, snow or sun. The looks I get when he tromps through the snow in 40 degree weather with his shorts, tank top, and snow boots ,make my tribal inclusion instincts tremble.

Not him. He could care less. He’s happy to be himself and loves every minute of it.

The kids got an internal heater. Other moms are worried he’s not in a jacket and pants. “He’ll catch a cold!” they say. Sometimes however he gets a little cold. He’s a little uncomfortable in his shorts, but he still refuses to take them off. He wants to be able to show off his muscles and he loves anything America.

We could all learn a little something from Briggs.

Be who you are, even if it’s a little uncomfortable.

Remind yourself that what’s the most perfect about our world, is that we are all different.

Celebrate those differences, unite in our similarities.

Be who you are, even if it’s a little uncomfortable. 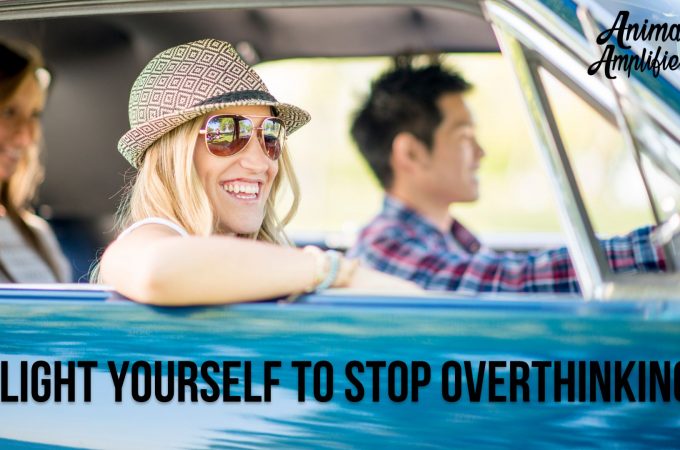