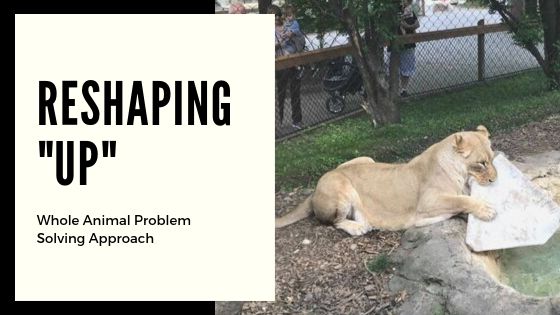 Reshaping Up in a female lion seemed fairly easy but how wrong was I. A little background on this particular lion Neema, 8 years old, has been at our zoo for 3 years. She gave birth in November 2017 to 5 cubs. Unfortunately, two of the cubs did not make it but 3 thrived and have become the most lovable monsters ever.

Kadi, Neema’s sister, and Neema were very aggressive towards our adult male Lion. Neema however was able to mate with him. In that time and during her pregnancy Neema became overweight. She maintained an over-conditioned BCS even after her cubs were weened. At this point, we were still having issues with compatibility between Neema, Kadi, and Deuce.

Our pride dynamic was extremely volatile and was heavily triggered when in holding and shift doors were opening and closing. This caused us to be unable to separate lions for training. We did not have enough staff or space to train all of the lions at once. As a team we decided to step back from their training and allow them to form a positive social grouping. Eventually management made the final decision to permanently separate the three. The cubs would rotate between our male and the two females. After a short time even our cubs were no longer able to spend time with the adult girls. After this final separation our training really started.

Neema came to our zoo with many amazing husbandry behaviors including hip injection and tail blood draw. While getting these behaviors back to where they should be we reevaluated all of their behaviors. Particularly Neema’s “Up”. I am sure this behavior is universal but just in case someone calls it differently I will explain the criteria.

Once cued, the cat will stand on their back legs with their front paws on the fence as high as they can reach. Each paw should be positioned on the side of the cats head. Pretty easy, right? Well for Neema not so much. Her “Up” consisted of tucking her left paw under so it was positioned between her chest and the fence. She would also roll her shoulder and slightly turn her head. The current training staff was told that this was the correct criteria for “Neema’s Up”.

While reevaluating our Cat training and passing on behaviors, I was given the task to reshape Neema’s up to make it consistent with the rest of the cat behaviors. In my head, it seemed pretty easy and I would just work on baiting her up. Oh how I was wrong. I spent a couple weeks using large pieces of chunk meat to bait her half way into the position. I even tried baiting all of the way. All this did was frustrate her and she would flat out refuse or even walk away from the session.

When she started to leave session I brainstormed with my teammates. We though of some high valued items that would grab her attention to bait her into the position. After trying boxes and paper towels (Neema likes to eat paper so she does not get those items) the best we could come up with was using whole prey as a high value item to bait her into the position. We also used it as a jackpot for when she does go into the position correctly. The problem with this was I didn’t work on the days we fed out whole prey. Changing the feeding schedule was not an option.

Meanwhile, we struggled with other options for reshaping this behavior. My Assistant Supervisor suggested I post a video of my session on to the Beyond Animal Training Grad Group on Facebook.

The feedback I got was amazing! A lot of the suggestions were things we already tried. However, one of the biggest comments hit me like a bag of bricks and it was like my eyes were opened for the first time. I was being asked about her body condition, her age, her medical history, etc.

Can she physically do it?

It was concluded that Neema, physically may not be able to go into the position. She may find that position very uncomfortable. After sharing the discussion with my teammates, we really worked on our enrichment program, particularly with Neema and her sister. We were able to get a chain up higher on a pole in their exhibit. From that we started hanging items like kegs, barrels, and logs from.

One thing we noticed Neema really likes to do is to pull enrichment items out of the pool. Some of these items are heavy on their own. Add in that fact they are water logged, they were heavy. Neema showed persistence and determination to drag the item out of the pool. There are times we noted her spending over an hour “bear hugging” an item on the edge of the pool. While her weight was not drastically decreasing we observed her muscle tone was getting better.

Fast forward to May and our weekend schedules changed and I was finally working on whole prey days. Our whole prey is either rabbits or chickens (with or without feathers). The first time of trying this technique I used a rabbit leg to bait her into the “Up” position. At the same time my coworker was waiting with the rest of the rabbit behind her back. I held the rabbit leg up as high as I could.

Neema went into her usual position with the paw tucked under but a short second later moved that paw out and put it on the fence next her head. I bridged as soon as she moved that paw, gave her the rabbit leg and my coworker dropped the whole rabbit down the feed chute. My teammates and I were so excited this tactic worked! I continued to reshape the behavior once a week exactly like this.

After two months, she was consistently re-positioning that tucked paw. The next step was to really hone in on getting her to go up straight into the position without tucking her paw under at all. For this, it was decided to do a one-and-done. I would go in and cue the “Up” (still needing to bait with a leg or wing). As soon as she went into the correct position right away she would receive her whole prey.

Fast forward to a little over a month ago, I was in the middle of a training session (on a non-whole prey day) and realized I have yet to ask for the “Up” with just regular training meat. The worst that could happen is she would tuck the paw in and I would just move on to other behaviors and ignore it. I went for it anyway. After I cued “Up” and she went into the correct position with both paws on the fence with her head positioned in the middle. I was beyond excited and dumped the rest of her training meat into the feed chute. From that point on I continued to ask for the “Up” throughout my sessions and , knock on wood, she has yet to tuck that paw under.

Looking back at this whole process I realized that even though it was me physically reshaping this behavior it very much was a team effort. Getting great feedback from others in the field, to constantly brainstorming ideas with my teammates, to trying and failing on a lot of those ideas, and to now the final product. Aside from accomplishing my goal, I was even more excited to pass that behavior back to my teammates to also work during their sessions with her and she is continuing to do well with the behavior. 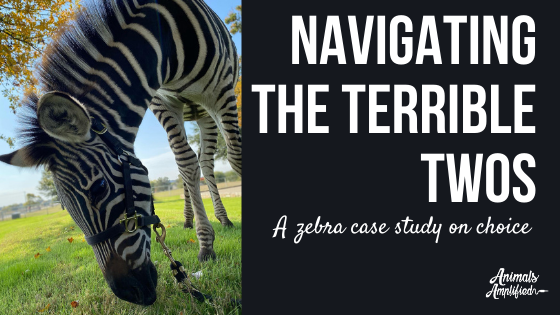 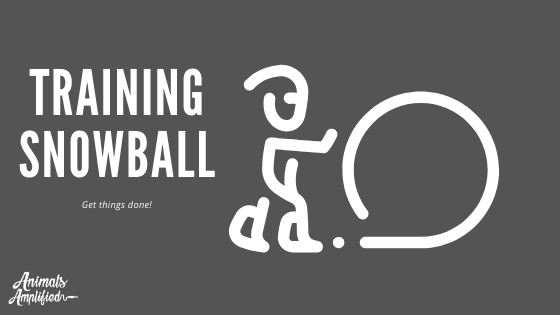 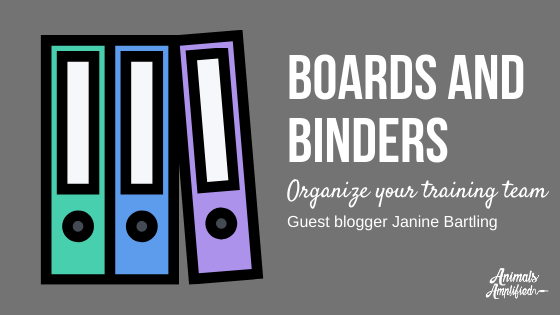 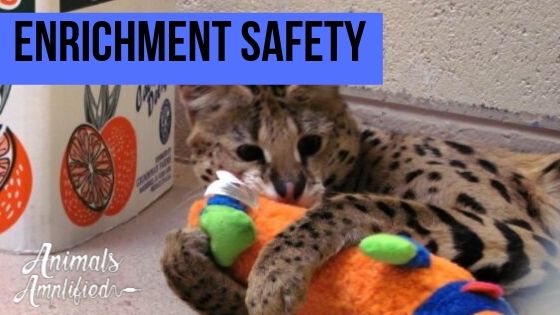 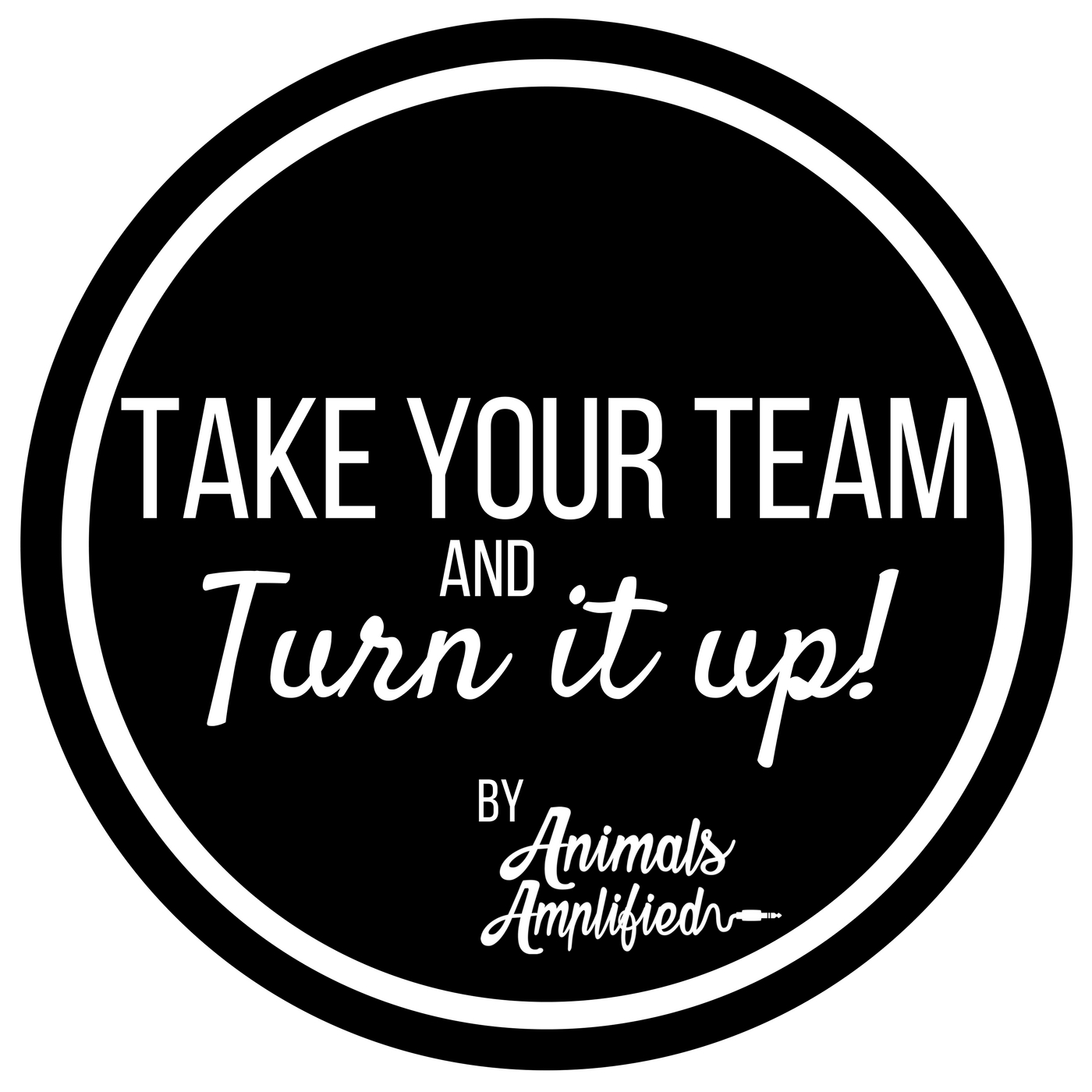 Shine a Light on Behavior