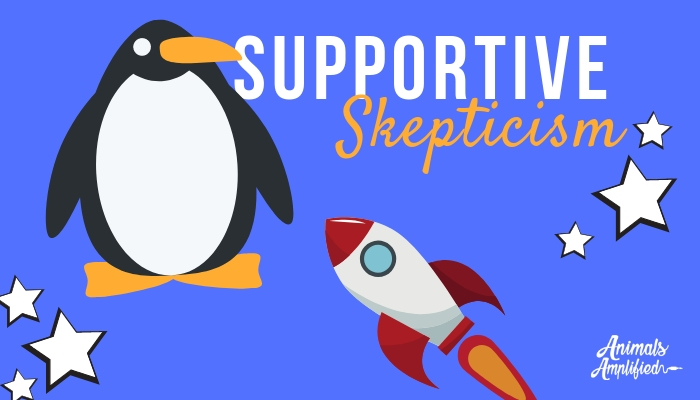 Once I had a conversation with a friend. They thought something was impossible and their co-workers thought it was possible. I advised them that their skepticism might be hurting them. Not because they were wrong, but because it was damaging the relationship with their peers. Sometimes being realistic, reminding people of all the things that might go wrong, or playing devil’s advocate can help keep people safe and assist in good decision making. Sometimes it just pulls down team morale and can even stall progress.

Today when I got home this book was waiting and I read it to the boys.

I’ll give you the cliffnotes of the story. A penguin goes on adventures with his zoo friends. He decides his next adventure will be to the moon, his friends warn him of all the terrible things that could happen, which makes him even more determined (confirmation bias) but even though his friends warn him of all that could go wrong they still encourage and believe in him. When it’s time for lift off they present him with a little penguinaut suit and a card of encouragement. Spoiler alert: he makes it to the moon, and even makes a return trip with all his friends.

Penguinaut’s friends probably thought he was nuts, and all the facts said, “There’s no way a penguin in a cardboard spaceship using a shaken up pop bottle as a booster will make it to the moon.” But they delivered their skepticism in a way that was still supportive.

In order to make sure your concerns are delivered in a productive an respectful way think about the following things:

Sometimes you have to throw logic away and caution to the wind and just do it.