I have a few people out there in the world who used to work with or around me who would say I’m a mean, nasty, no good very bad human. And honestly, I don’t have a lot of nice things to say about them either. Things got lost in translation.

I’m not a bad person.

They’re not bad people either.

What we had was a language barrier. Not exactly the kind you might think, it wasn’t that I was speaking Mandarin and they were speaking French. No, we all spoke English. And it wasn’t because I speak Kansas hick English which means I don’t always use the proper sit or sat, I say fer instead of for, and I can count to tin.

Every sentence that started with, “At (insert name of facility here), we did….” I couldn’t hear anything that came after. Thoughts that began with, “ (Insert name of old boss here) always says that….” were ignored. Plans and ideas that used jargon that was unfamiliar to my ears received eye rolls and the palm of my hand. I couldn’t speak that language.

On the other side, for them every rebuttal that started with “here’s what we’ve tried in the past….” fell on deaf ears.  Every explanation that included, “We can’t do that HERE because…” sent them heading home filled with frustration. And I can only imagine the notebook in their pocket that kept track of how many times we said, “We’ve tried that before.”

What could have been

And when I think back on it, I’m sad. I’m still a little jaded and maybe even a little angry, but mostly sad. Imagine all the problems that weren’t solved, all the innovations that weren’t made, and all the ideas that were lost in translation. The animals might not have suffered, but they didn’t flourish in the way that they could have. All because we couldn’t learn to speak the same language or at least find a translator.

If we had been able to hire a translator they probably would have said, “New person, the team here wants you to recognize the hard work and progress they’ve made. They’d like you to get to know them, the animals, and the history and appreciate all of those things.” and then they’d say, “Veteran staff, the new person would like you all to recognize there’s more to change. They want their ideas to have a place, and they want to be respected for the experience and perspective they bring to the table. They want you to remember you hired them for a reason and they have good ideas too.”

If only we could have heard that, internalized it, and then respected each other enough to work together. I can only imagine the places we could have traveled to. We’d be more fluent in many other languages. And rumor has it the more languages you know the easier it is to learn knew ones. 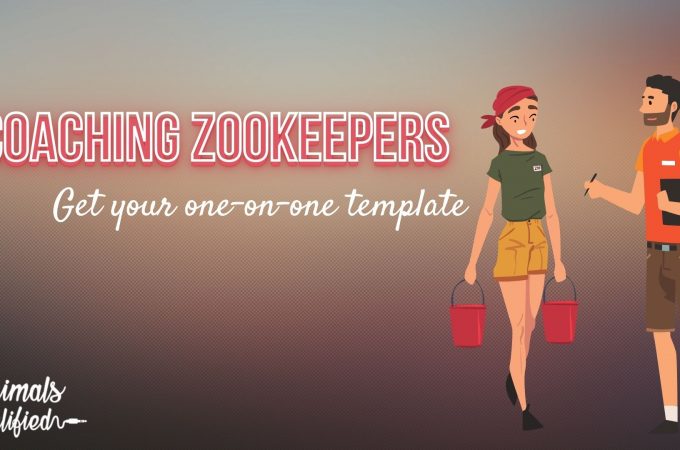