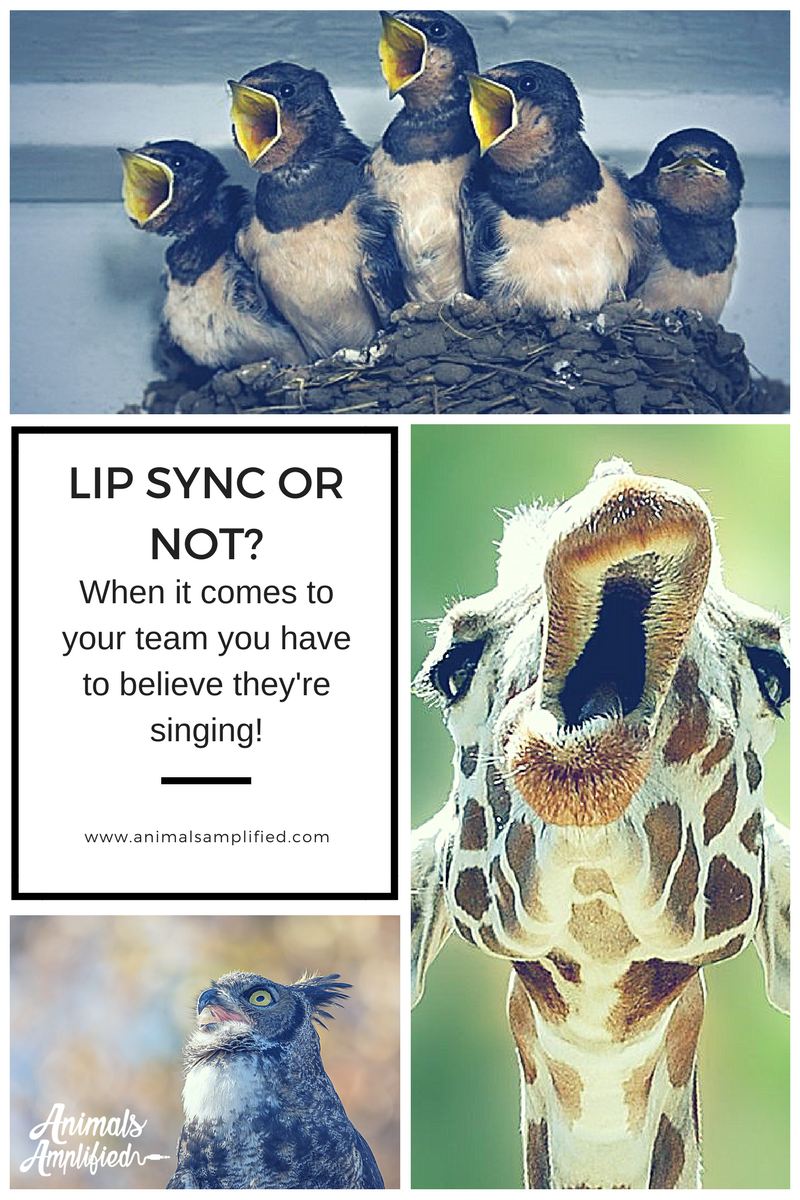 Lip Syncing or Not?

My husband and I were watching the Super Bowl and during the halftime show he said, “Do you think she’s actually singing?”

“Yeah, she’s singing, she does those shout out things, those are live.” I replied defensively.

Still skeptical and not really watching he says, “Yeah I think they just turn their mics on for that moment and then flip them off again.”

I spent the rest of the half-time show intensely watching the performer.  Why isn’t she winded?  This is her job of course, she’s in shape, she does lots of concerts.  She can afford a personal trainer to keep her in shape.  Her mic is all sparkly and looks really light and fake.  Well of course.  She’s a superstar, of course she has the best most state of the art equipment.

I do the same with my teammates.  I think the best of them.  I want them to be singing.

Once one of my teammates didn’t seem to be pulling her weight and someone else brought that to my attention.  I scrutinized the problem and squinted until we both saw the good in her.  Until we were both sure she was singing.

If we saw somewhere she was falling short, I looked at myself first.  “Is there something I could do better as a leader to help her achieve that benchmark?”

If there was a task she didn’t complete I wondered, “Is there something going on in her life that might be causing other problems?”

Now you naysayers are out there worried that I might get taken advantage of by someone who really truly doesn’t have the best of intentions.  You’re right, that might happen.  I might pay $350 a ticket to go see Milli Vanilli in concert.  That’s why you still have to ask the questions, still have to look hard, but all the while hoping and believing that they’re still singing.

Fastest way to kill a team is to send the message that you don’t believe in them or that they can’t do it.